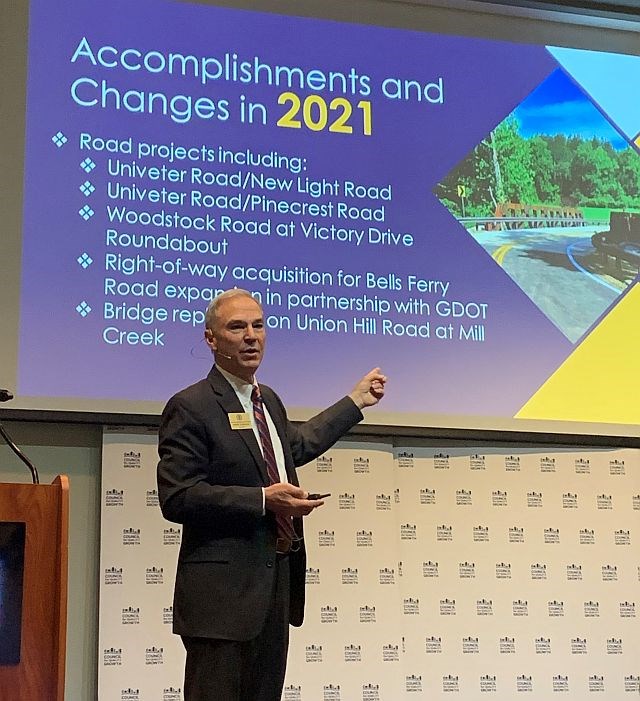 Harry is a proven, professional leader dedicated to controlling the growth and protecting our quality of life. As a CPA and retired accounting executive, he has the knowledge and skills to continue to keep our county taxes the second lowest in Georgia while ensuring our county services are among the best in the state.

Cherokee County is an Absolute Treasure under Harry’s Leadership. We can’t risk losing that treasure.

Before being elected as Commission Chairman in 2018, Harry served 14 years as District 1 Commissioner.  His experience and knowledge of Cherokee County is invaluable, and he works effectively with other commissioners and leaders to get the job done. As a CPA, Harry has consistently functioned as the financial leader of the Board.

Here are some of the county’s accomplishments during Harry’s 18 years of leadership:

New Park facilities completed during Harry’s time in Office (since 2000):

Sign Up for Updates
Thanks for signing up!
Johnston for Chairman
Powered by CampaignPartner.com - Political Campaign Websites
Close Menu